<<Our Board of Directors 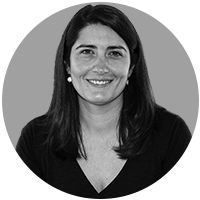 Tari is the Chief for the Alaska Division of Public Health’s Section of Chronic Disease Prevention and Health Promotion, which includes public health programs targeting tobacco, obesity, diabetes, cancer, heart disease and stroke, and unintentional injury, as well as surveillance systems such as BRFSS and YRBS.

Tari has worked in state and local public health in Alaska since 2004, focusing on a wide variety of areas that include reproductive health, infectious disease prevention and control, child care licensing, WIC, school-based health centers, and tobacco prevention and control. She had a previous career as a U.S. Naval officer and defense policy analyst, which included a focus on public health within the military. Tari received her master’s degree in Social Welfare Management and Planning from the University of California, Berkeley, and her bachelor’s degree in International Relations and History from the University of Pennsylvania.