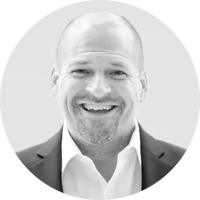 John Patton has worked in mass media, public relations, and entrepreneurship for 25 years. He is a published author, newspaper and magazine journalist, and business founder. He has worked for PBS, NBC, and CBS. His public relations efforts have included work with federal officials, authors, and national business leaders. His career has spanned nonprofits, government agencies, and private business.

Since joining NACDD in 2010, John has worked on dozens of CDC grants and national health campaigns such as: YourHealthBeyondCovid.org, DoYouHavePrediabetes.org, Your Health with Joan Lunden, and ConversationsAboutCancer.org. His work has included partnerships with the Ad Council, ABC and CBS Television, Screenvision, Outcome Health, Health Media Network, the Hispanic Communications Network, Gallup, and Amazon to create award-winning, disease awareness campaigns.

John served as NACDD’s Director of Communications for six years before transitioning to direct the Association’s partnership and innovation efforts. His role affords him the opportunity to work with more than 200 private industry partners to prevent and control chronic diseases.

In 2017, John became the Executive Director of the ProVention Health Foundation that supports the work and mission of NACDD. There he launched the Health And Lifestyle Training (HALT) online software platform to deliver accessible, affordable, and equitable disease prevention education.

John received his degree in Mass Communications from the University of Delaware, including media studies at the City of London Polytechnic. He is a graduate of the National Journalism Center in Washington, D.C., and has completed studies through Harvard Business School. He is a public speaker and the author of the book Brainless Health.