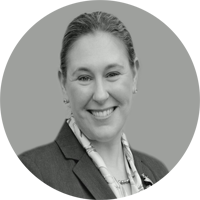 Prior to joining NACDD, Paige was the physician communications lead for Children’s Healthcare of Atlanta, one of the largest pediatric healthcare organizations in the country. At Children’s, she oversaw clinical and operational communications for the Children’s medical staff, served as the manager for serious infectious disease communications, and launched several flagship public affairs efforts on behalf of Children’s, including a physician intranet, the Physician Portal, and the publicity for a new, clinically integrated network, The Children’s Care Network.

Paige also served as Assistant Director for News and Information at The Carter Center, and the press office for former U.S. President Jimmy Carter and his wife, Rosalynn. There, Paige supported publicity efforts primarily for the Center’s Health Programs as well as served as the Center’s first social media manager. She traveled with President and Mrs. Carter to Haiti/Dominican Republic, South Sudan, and San Diego, Calif., and brought documentary film crews to Ethiopia and Liberia to cover the Center’s work.

She began her career in Washington, D.C., working for APCO Worldwide, a public affairs consultancy, and has since completed freelance writing and social media projects for several other nonprofits and academic institutions.

Paige holds a Master of Public Health in Health Policy and Management and a Bachelor of Arts in International Studies from Emory University.

Paige and her college sweetheart, Larry, have a young daughter, Robin. Paige is very active in service to the community as a local childbirth safety advocate in Georgia. She started her own organization, The ROBIN Project (Reducing OBstetric INjury), to support efforts to further equitable care and support for patients with birth injuries. She also sits on the volunteer Board of the Georgia Chapter of Postpartum Support International as its Vice President, and is a leader in disability inclusion activities at her synagogue in Atlanta.