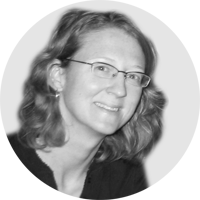 Kelly McCracken has worked as a dietitian, diabetes educator, and a public health practitioner for more than 10 years. She started her career in a clinical setting, working with families and children with type 1 diabetes at the Barbara Davis Center for Childhood Diabetes in Aurora, Colo.

Kelly gained an interest in diabetes prevention, which took her to local public health, where she managed a WIC clinic for seven years. From there, she became the Diabetes and Cardiovascular Disease Unit Supervisor in the Prevention Services Division at the Colorado Department of Public Health and Environment. In that role, Kelly worked with local, state, and national partners to increase reimbursements and access to evidence-based chronic disease prevention and management programs.

In her current role with the National Association of Chronic Disease Directors, Kelly manages a project to establish Medicaid coverage for the National Diabetes Prevention Program.