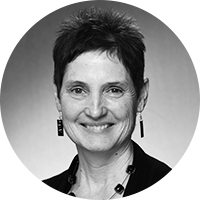 Judith then managed the New Mexico Department of Health Diabetes Prevention and Control Program for more than 12 years, the most fulfilling work of her public health career. In 2017, she became the Deputy Bureau Chief of the newly formed Population and Community Health Bureau, a merger of the Chronic Disease and Health Systems Bureaus. She has a long history of public health leadership: she was an NACDD at-large Board Member before becoming Secretary. Judith has been a NACDD Diabetes Council Chair and a NM Public Health Association Board Member. She also served on numerous local, state, and national coalitions and work groups. She has a passion for health equity and social justice and is particularly interested in cross-program collaboration that increases efficiencies and synergies.

Judith has a master’s degree in Public Health from the University of Connecticut and a B.S. in Biology from Salve Regina University in Rhode Island. Her personal interests include: hiking and spending time in nature, travel, reading, music, hanging out with her dogs, and socializing with family and friends.