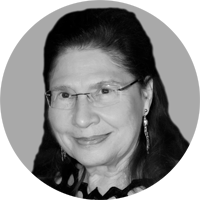 In 2008, Adeline established her own business, AMY Consulting, LLC, and focused on issues of women’s health and health systems assessment with tribal nations as well as consulted for the National Association of Chronic Disease Directors. As an NACDD consultant, she has provided technical assistance and expertise for many projects to raise awareness about cancer and middle-aged and aging population health. Adeline also has assisted NACDD on various committees, such as the Learning and Professional Development Advisory Group, Group 59, and the Professional Development Committee.

Adeline was a founding member of NACDD and served as its Treasurer, President, and a Member of the Board of Directors from 1988 through 2007.

She was appointed to the Oklahoma Commission on Status of Women in 2009 and currently is serving her second term as its Secretary. For the past three years, she has lead an effort to engage women statewide to address issues of mental health, substance abuse, and domestic violence through community conversations, webinars, and a virtual environment exchange.

Adeline has a nursing degree and advanced degrees in educational counseling for special needs children and public health. In her spare time, she enjoys cruising with her husband in their automobiles. Adeline makes numerous trips to Texas with her husband to share the joys of being grandparents for three great kids—an equestrian, a football/baseball player and a gymnast.