Ableism is a set of beliefs or practices that devalue and discriminate against people with physical, intellectual, or psychiatric disabilities and often rests on the assumption that disabled people need to be ‘fixed’ in one form or the other.

Bias is an inclination of temperament or outlook. Bias is also a personal and sometimes unreasoned judgment.

Elitism is when a group of individuals who may be of higher intellect, wealth, power, and/or special skills and experiences higher influence in society.

Ethnicity is a state of belonging to a social group that has a common national or cultural tradition.

Fair is marked by impartiality and honesty: free from self-interest, prejudice or favoritism.

Genderism is the systematic belief that people need to conform to their gender assigned at birth in a gender-binary system that includes only female and male.

Health disparities are differences in health among groups of people that are linked to social, economic, geographic, and/or environmental disadvantage.

Health equity is when everyone has the opportunity to be as healthy as possible.

Health inequities are systematic differences to opportunities leading to unfair and avoidable differences in health outcomes.

Heterosexism is prejudice against any non-heterosexual form of behavior, relationship, or community, particularly the denigration of lesbians, gay men, and those who are bisexual or transgender. Whereas homophobia generally refers to an individual’s fear or dread of gay men or lesbians, heterosexism denotes a wider system of beliefs, attitudes, and institutional structures that attach value to heterosexuality and disparage alternative sexual behavior and orientation.

Implicit bias is unconscious, automatic, and relies on associations that we form over time. We can form bias toward groups of people based on what we see in the media, our background, and experiences. Our biases reflect how we internalize messages about our society rather than our intent.

Intersectionality is the interconnected nature of social categorizations such as race, class, and gender, regarded as creating overlapping and interdependent systems of discrimination or disadvantage.

It is acting or being in conformity with what is morally upright or good.

Power is a special right, advantage, or immunity granted or available only to a particular person or group.

In practice, the designation of race is based on socially defined visual traits as seen through the filter of individual and social perspective, while ethnicity is a category determined by genes, culture, and social class, a product of social evolution.

Racism is a system consisting of structures, policies, practices, and norms that assigns value and determines opportunity based on the way people look or the color of their skin. This results in conditions that unfairly advantage some and disadvantage others throughout society.

Racism is not just the discrimination against one group based on the color of their skin or their race or ethnicity, but the structural barriers that impact racial and ethnic groups differently to influence where a person lives, where they work, where their children play, and where they gather in community.

Sizeism is prejudice or discrimination on the grounds of a person’s size or weight.

A social construct is an idea that has been created and accepted by the people in a society.

The social determinants of equity are quality experiences in the early years, education and building personal and community resilience, good quality employment and working conditions, having sufficient income to lead a healthy life, healthy environments, and priority public health conditions.

Social identity is a person’s sense of who they are based on their group membership. The groups that people belong to can be a source of pride and self-esteem.

Systemic racism is what happens when cultural institutions and systems reflect that individual racism.

Xenophobia is fear of people from another country or group. 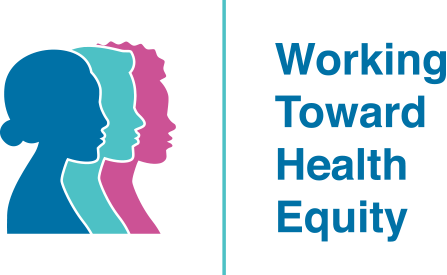